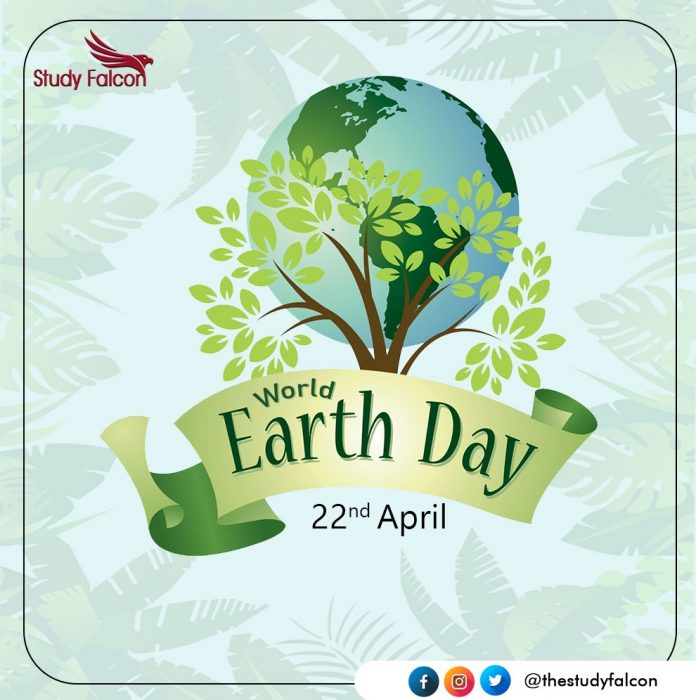 • Every year, April 22nd is celebrated as Earth Day to raise public awareness about the environment and inspire people to save and protect it.
• The year 2021 marks 51 years since the start of this modern environmental movement in 1970.
• The theme of Earth Day 2021 is “Restore Our Earth”.
• It was first celebrated in 1970, and is now coordinated globally by the Earth Day Network and celebrated in more than 193 countries each year.
• On April 22, 1970, 20 million Americans – 10% of the U.S. population at the time – took to the streets, college campuses and hundreds of cities to protest environmental ignorance and demand a new way forward for our planet.
• The first Earth Day is credited with launching the modern environmental movement, and is now recognized as the planet’s largest civic event.
• The first Earth Day in 1970 launched a wave of action, including the passage of landmark environmental laws in the United States.
• The Clean Air, Clean Water and Endangered Species Acts were created in response to the first Earth Day in 1970, as well as the creation of the Environmental Protection Agency (EPA). Many countries soon adopted similar laws.
• The idea of commemorating such a day was propounded by Gaylord Nelson, an American environmentalist and politician.
• The Earth Day also recognizes a collective responsibility, as called for in the 1992 Rio Declaration (Earth Summit), to promote harmony with nature and the Earth to achieve a just balance among the economic, social and environmental needs of present and future generations of humanity.
• Earth Day continues to hold major international significance: In 2016, the United Nations chose Earth Day as the day when the historic Paris Agreement on climate change was signed into force.
• World Earth Day encourages people to take more steps for the protection of nature and to thank mother earth for the rich environment.

The League of Nations was officially Dissolved