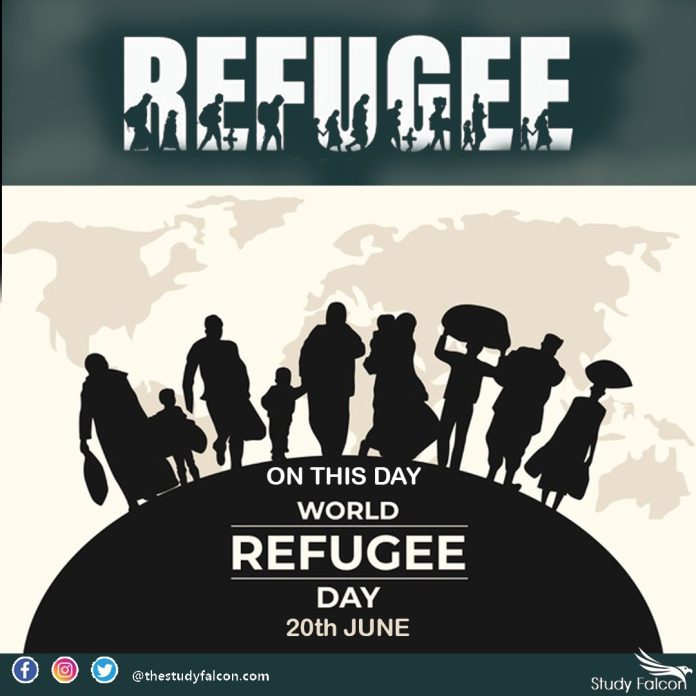 • World Refugee Day is an international day designated by the United Nations to honour refugees around the globe.
• It falls each year on June 20 and celebrates the strength and courage of people who have been forced to flee their home country to escape conflict or persecution.
• World Refugee Day is an occasion to build empathy and understanding for their plight and to recognize their resilience in rebuilding their lives.
• On 4 December 2000, the United Nations General Assembly in Resolution 55/76 acknowledges the day.
• The resolution saw that 2001 marked the 50th anniversary of the 1951 Convention relating to the Status of Refugees.
• The convention had commemorated refugees to honour, raise awareness and solicit support to those affected around the globe.
• The United Nations High Commissioner for Refugees has recently started the #WithRefugees petition.
• In 1967, the United Nations had expanded the amount of people who would apply for a refugee status.
• That was due to the acts of the 1951 Convention which had defined a refugee as an individual or person who had been forced to flee their homes because of World War II.
• This came to be known as the 1967 Protocol. The protocol at the time had removed the time limitations and geographical definitions of what it meant to be a refugee.
• The theme for 2021 is “We cannot walk alone.” This emphasizes the importance of unity in this issue.
• The aim for 2021 is ‘Together we can achieve anything.’