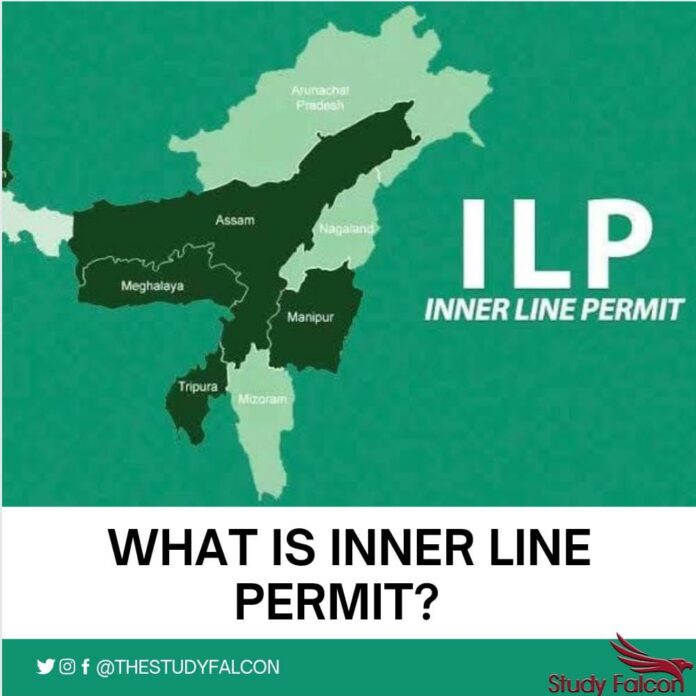 The Union Home Minister Amit Shah, on his two-day visit to the Northeast India, highlighted the importance of Inner-Line Permit (ILP) system in Manipur, while inaugurating several developmental projects in the state.

There are said to be seven developmental projects in total which include – Thoubal multipurpose project,  Rs128 crore IIIT, and the Rs325 crore Churachandpur Medical College along with Integrated Command and Control Center at Imphal, etc.

What is Inner Line Permit (ILP)?

Why does it affect population of Manipur?

How are CAA and ILP related?

The ILP is considered the only mechanism to put control of the influx in Northeast India. Influx is considered dangerous as it could upset the fragile demographic balance of the tribals of Meghalaya. The indigenous tribes living in the hill areas would regularly be in contact with the outsiders leading to the gradual diminishing of their kind and culture Inner Line Permit is required not only for the conservation of land but also for the culture of the tribes.