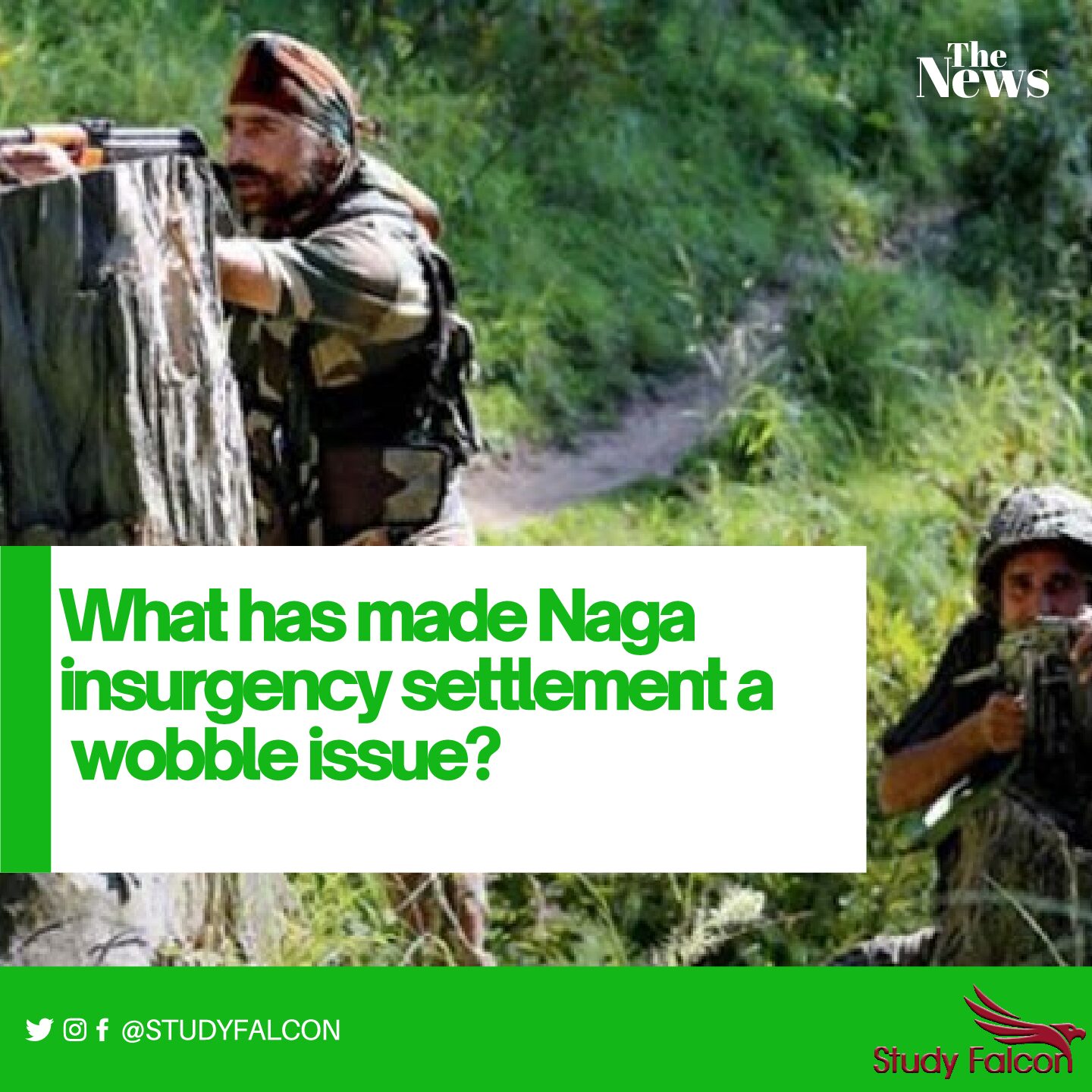 Despite having huge strategic significance, India’s Northeastern frontier still widely remained marginal in the country’s popular imagination as well as mainstream politics. The region has witnessed multiple crises including bloody insurgencies (Conflicts & revolts), but still lacks the emotional resonance due to geographical, cultural, and ethnic factors.

Rooted in the politics and complexities of regional geopolitics and the evolving dynamics of counterinsurgency tactics, the Naga insurgency has tend to defy a lasting solution.It is a very complicated conflict whose management has involved a mix of violent response and bargaining.

The absence of R.N. Ravi, the Nagaland Governor and the Centre’s interlocutor for Naga peace talks, in the recently-held meeting of the Naga peace process in New Delhi to carry the talks further only testifies the intractable nature of the conflict.But it is not negotiating table alone where various issues pertaining to the Naga problem are being discussed and addressed.The politics of its ‘resolution’ is taking place at multiple sites.

The Naga insurgency has come a long way, and so has the politics to contain it. In the early phase, the Naga insurgents were provided with what has come to be known as ‘safe haven’ in Myanmar. India’s adversaries, China and Pakistan also provided them with vital external support at one point of time. However, the constant pressure from security forces coerced the Naga National Council (NNC) to sign the Shillong Accord of 1975, whose offspring was the National Socialist Council of Nagalim (NSCN). When the NSCN split into several factions, the Centre responded with entering into peace negotiations with almost each of them. But the undesirable outcome of these ‘ceasefires’ has been the creation and existence of unspoken ‘spheres of influence’. It is these spheres that have come under increasing scrutiny and attack from theCentre through the Nagaland Governor.

The Modi government and the National Socialist Council of Nagalim (Isak-Muivah), or the NSCN-IM, the most powerful of the Naga insurgent groups has been involved in peace talks with the Centre since the 1997 ceasefire and had signed a framework agreement in August 2015 which was claimed to be a historic achievement at that time. But a final accord has remained elusive since.When the Centre realised that privileging one insurgent group could eventually disturb the shaping of the final peace accord, it subsequently enlarged the peace process by roping in seven other Naga insurgent groups under the umbrella of Naga National Political Groups (NNPG).

But another important group, the NSCN- Khaplang, whose cadres are reported to be inside Myanmar, is still outside the formal process.

Given this complex backdrop, Mr. Ravi’s recent letter to Nagaland’s Chief Minister Neiphu Rio seems to have opened a Pandora’s box. In his widely-circulated letter, Mr. Ravi had expressed his anguish over the culture of extortion and the collapse of general law and order situation in Nagaland, where organised armed gangs run their own parallel ‘tax collection’ regimes. Extortions in the name of taxes have been an ugly face of the Naga issue. The ‘taxes’ levied by the insurgent groups meddles in almost all developmental activities in Nagaland that any serious discussion of the issue has been conveniently avoided. One of the major aims of the NSCN-IM has been to acquire formal recognition to this informal practice through negotiations.

As the Governor has crossed the line, the NSCN-IM cannot be happy for the simple reason that it is loath to being branded as an ‘armed gang’ and is vehemently opposed to the treatment of the Naga issue as a ‘law and order’ problem.Offended by military actions initiated against its cadres in recent months, the NSCN-IM is equally unnerved over a recent directive by the Nagaland government asking its employees to self-declare the membership of any of their close relatives with underground groups.

There has already been much debate and controversy about the interpretation of ‘sovereignty’, as reflected in the latest “Naga Independence Day” speech by NSCN-IM chief ThuingalengMuivah. Demand for a separate flag and a ‘constitution’ has been a key hindrance in building trust among the parties. Some Indian States, sharing a common borderwith Nagaland have been affected through the mobilisation of the Naga population in these States. That is why they are afraid of the demand for ‘Greater Nagalim’, which would imply a surrender of their Naga-inhabited territories. Another significant issue is how the weapons in the NSCN-IM camps are going to be managed. As a ‘ceasefire’ group, its cadres are supposed to retain their weapons inside the designated camps for self-defence only, but more often than not, many influential cadres are seen moving with weapons in civilian localities, leading to many problems. It would be an uphill task for the Centre to ensure that all weapons are surrendered at the time of the final accord.

The NSCN-IM has demanded the removal of Mr. Ravi as the Centre’s interlocutor in the peace process, asking for affirmation of the 2015 framework agreement as being “alive in its original form”. What has further widened the trust deficit is the allegation by the NSCN-IM that the interlocutor has subtly manipulated the framework agreement. Was it a case of over-promise and under delivery on the part of Mr. Ravi? Nevertheless, the Centre must keep in mind that most of the armed insurgencies across the world do not end in either total victory or comprehensive defeat, but in a grey zone called ‘compromise’. It has become even more urgent in view of China’s unusually aggressive behaviour in Ladakh. One need not forget that some high-profile NSCN-IM commanders are reported to have fled last year to China’s Yunnan province to seek Beijing’s support.