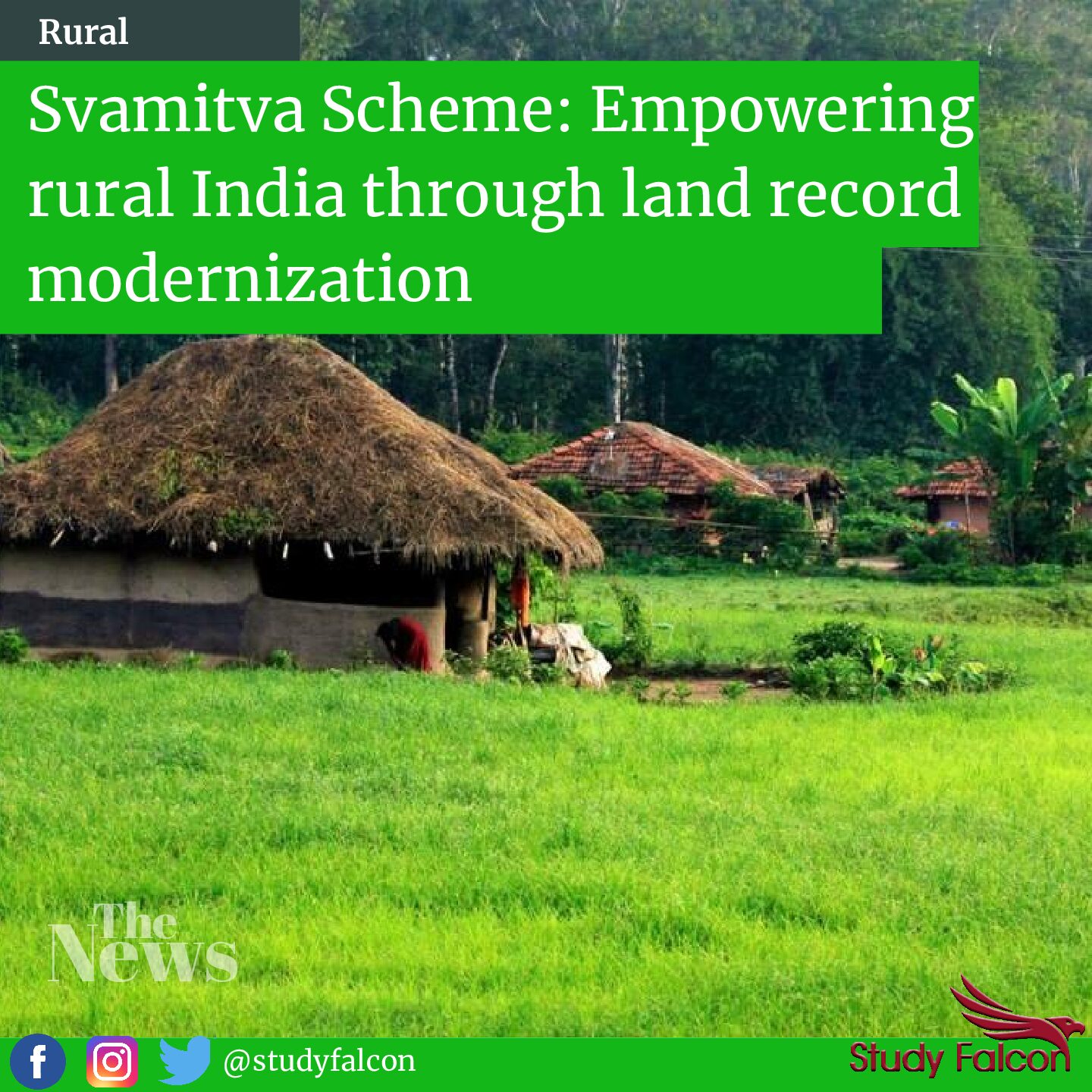 Amidst the pandemic-forced lockdown, the Prime Minister announced the Svamitva scheme on April 24, a.k.a. Panchayati Raj Day to update rural land records. This scheme aims to map rural inhabited lands through latest survey methods and drones. The idea of this scheme was triggered by the fact that land records, especially maps, are either inaccurate or do not exist for vast areas across the country. For an average observer, this may not seem to be the most critical action area, yet believe it or not, this actually, is one of the fundamental reforms required and has very far-reaching consequences in long term.

Lack of accurate land records can be felt most acutely in times of crisis, for instance, Cyclone Amphan has devastated vast expanses of coastal Odisha and West Bengal, and left millions homeless. Any relief efforts aimed at helping people rebuild their homes would benefit hugely from land records that identify who lived where, and the boundaries and extent of their land. In the absence of these, there is the danger of the weakest sections losing out on the little they had, with no ability to claim compensation from the government.

Land records play an important role in the financial immunity of the Gram Panchayats as well. Gram Panchayats that can generate their revenues will be able to invest in the needs of their local communities. However, Gram Panchayats usually have a poor track record of generating revenues, especially through property tax. And this was proved statically as well for according to the 2018 Economic Survey, only 19% of the potential property tax was being collected by Gram Panchayats. One possible reason for low collection can be interpreted as the lack of data about the properties, which helps to determine the administration: where are they located, are they residential or commercial, what should be the appropriate tax value, and who should be taxed.

The Svamitva, Survey of Villages and Mapping with Improvised Technology in Village Areas Scheme launched by the Ministry of Panchayati Raj aims to address this gap by creating a database of all rural properties. The scheme aims at a pan-India cadastral survey facilitated by drones, followed by the issuance of property cards to those living in Abadi areas (inhabited rural land). In the long run, it is hoped that the land records would help people to leverage property as an asset to avail loans and will also aid the overall rural planning processes. Over the last two years, pilot cadastral survey projects yielded successful results in pilot locations in Haryana and Maharashtra, where property cards were issued.

As the state and central governments gear up to implement this scheme, it will be important to ensure the programme includes four key things:

Engaging the community from the start

By involving the community, it is possible to create greater acceptance of the process and reduce the potential for disputes. When the land boundaries are drawn by the people themselves, there is a high level of transparency and the neighbours act as a check and balance for the same while building consensus on boundaries. This was witnessed in drone mapping pilots in Maharashtra where the survey department asked people to mark their boundaries, in a bottom-up approach. In a similar exercise under Odisha’s Jaaga Mission, slum residents were involved in the boundary demarcation of their communities that also resulted in wider acceptance of the government’s efforts to create digital maps of the slums and a low incidence of disputes.

Protect the most vulnerable section:

Land often has deep roots in social power structures, including caste and gender biases. Dalits, women, tenant farmers and tribal communities are often excluded from accessing land, even though they may legitimately have a claim. It would be important to build safeguards in the implementation process to ensure legitimate claims of the most vulnerable people are not crowded out by louder, or powerful voices. Awareness drives to familiarize people with digital land records, how to interpret and access them, also need to be built into the program to avoid information asymmetry and ensure access across user groups.

Even with the best of intentions, the process may create grievances for some people. Drawing learnings from Odisha’s Kalia and Mo Sarkaar programmes, a grievance redressal system that effectively addresses people’s concerns transparently and fairly, will go a long way in smooth implementation of the program.

It would be simplistic to expect that updated property records alone will make credit flow into rural areas. Credit needs marketable collateral, so it would be important to ensure there is a functional market for the underlying collateral – land. This would require states to simplify the legislative and regulatory procedures to build consumer confidence and encourage transactions in these areas.

Modernising land records is one of the foundational steps towards mending and reimagining broken institutional arrangements, which are pivotal in today’s circumstances. The announcement of this scheme has signalled political will at the Centre to create reliable land records, which has been long overdue. We hope the state and central government will follow through on the actual implementation, which will go a long way towards building financial strength and independence of the local self-governance institutions, the Gram Panchayats.