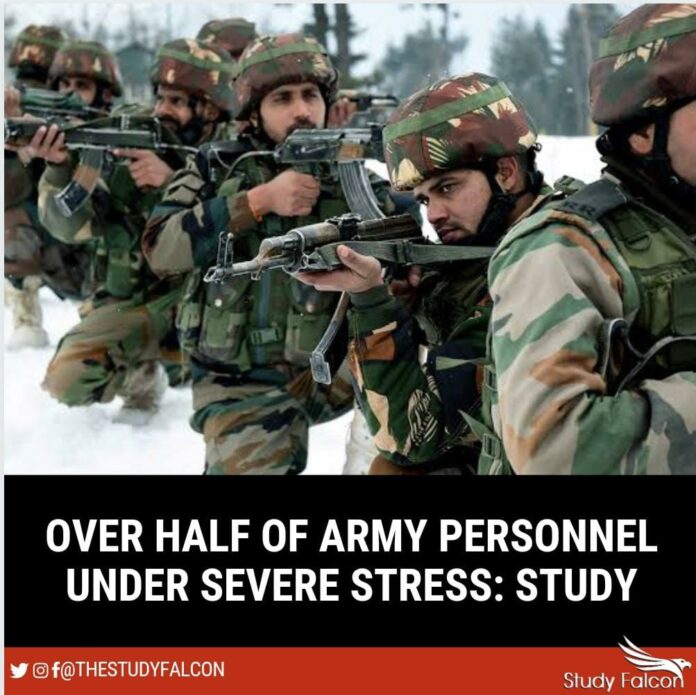 More than half of Indian Army personnel seem to be under severe stress, according to the findings of a study by United Service Institution of India (USI), a Service think tank.

The research was undertaken during 2019-20 by Col. AK Mor, Senior Research Fellow at the United Service Institution of India (USI).

Highlights of the study:

Steps taken by the government-

The Army has rejected the study, stressing that the sample size for the survey was too “miniscule” to arrive at such “far reaching” conclusions. The study has been done by one individual, with a sample size of around 400 soldiers.

It has been recommended that there should be rationalizing grant of leave, counselling at the time of leave, decrease workload, reduction in tenure of deployment, increase in pay and allowances, improvement in living conditions, building better interpersonal relations between the officers and men, training programmes in stress management and psychological counselling, enhancing basic and recreation activities and redressal of grievances.