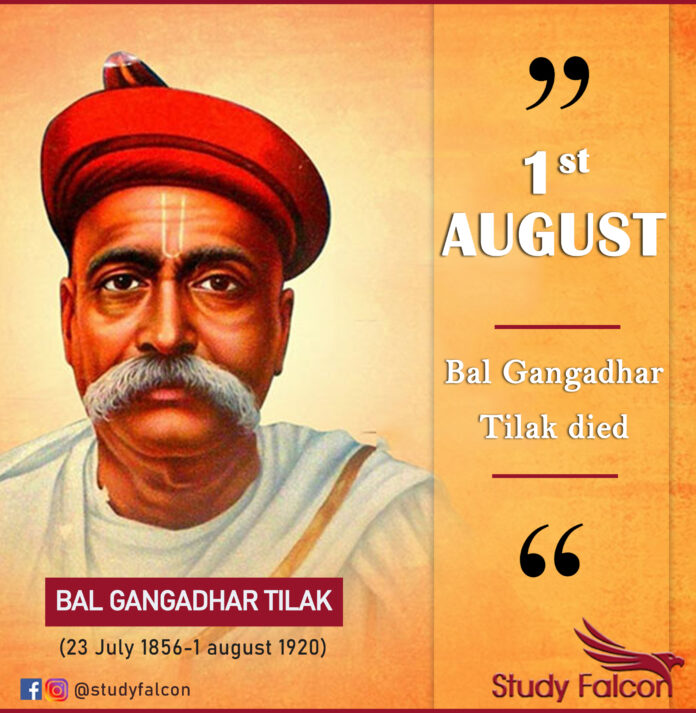 While Jawaharlal Nehru called him the ‘father of Indian revolution’, Mahatma Gandhi described Lokmanya Bal Gangadhar Tilak as ‘the maker of modern India’.

Bal Gangadhar Tilak, known as Lokamanya at the time of birth, was born on  July 23, 1856 in Ratnagir, Maharashtra, into a cultured middle-class Brahman family.

The young Tilak was educated at Deccan College in Poona, where in 1876,he earned bachelor’s degrees in mathematics and Sanskrit. Tilak then studied law, receiving his degree in 1879 from the University of  Bombay.

He developed the institution into a university college after founding the Deccan Education Society in 1884. But after sometime, he saw the unlawful practices in the society and thus joined the political field.

He also organized two important festivals, Ganesh in 1893 and Shivaji in 1895.Tilak’s activities aroused the Indian populace which prosecuted him for sedition and sent him to jail in 1897 and was released after 18 months.

After resigning from society, Lokmanya Tilak founded and edited two newspapers – Kesari in Marathi and The Mahratta in English. He used his pen as a weapon to criticise the colonial rulers.

Tilak was a scholar, mathematician, philosopher, and ardent nationalist who helped lay the base for India’s independence by building his national movement against the British rule.

Tilak aimed at swarajya  and attempted to persuade the Congress Party to adopt his militant program for which  he clashed with the moderates during the party’s session at Surat in 1907, and led the party to split.

During his years in prison after this split, he spent his time reading and writing. He wrote the famous ‘Gita Rahasya‘ – an analysis of the Karma Yoga which finds its source in The Bhagavad Gita.

He founded and served as president of the Indian Home Rule League in the year 1914 at the time of World War I where he rose his slogan, ‘Swaraj is my birthright and I shall have it’.

In 1916, he concluded the Lucknow Pact with Mohammed Ali Jinnah, after joining the Congress party again, which provided for Hindu-Muslim unity in the nationalist struggle.

On a rain-soaked Sunday (August 1, 1920) morning in Bombay, with the city battling the after-effects of the influenza pandemic, Bal Gangadhar Tilak, best remembered for his fight for Swaraj, breathed his last.