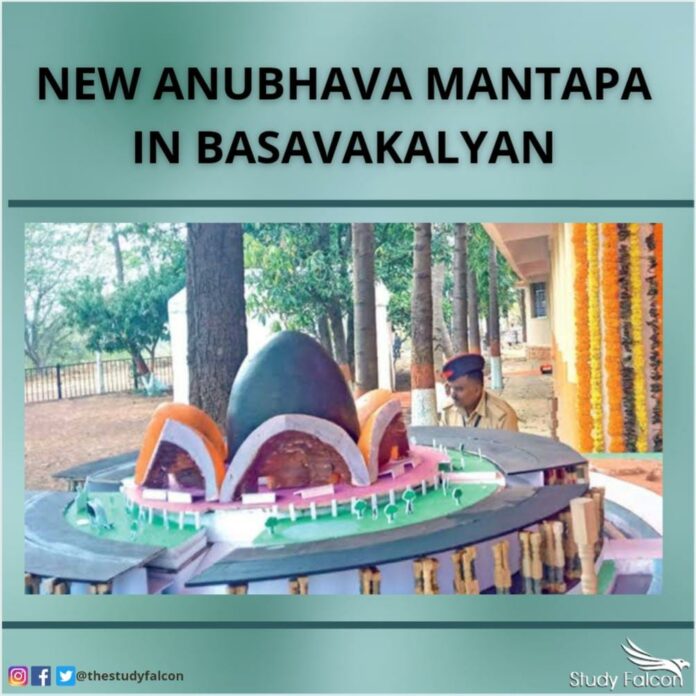 Recently, Chief Minister of Karnataka laid the foundation stone for the ‘New Anubhava Mantapa’ in Basavakalyan, the place where 12th century poet-philosopher Basaveshwara lived for most of his life.

It is a ₹500-crore project which is estimated to be completed in two years on a 7.5-acre area and it will be inaugurated by Prime Minister Narendra Modi.