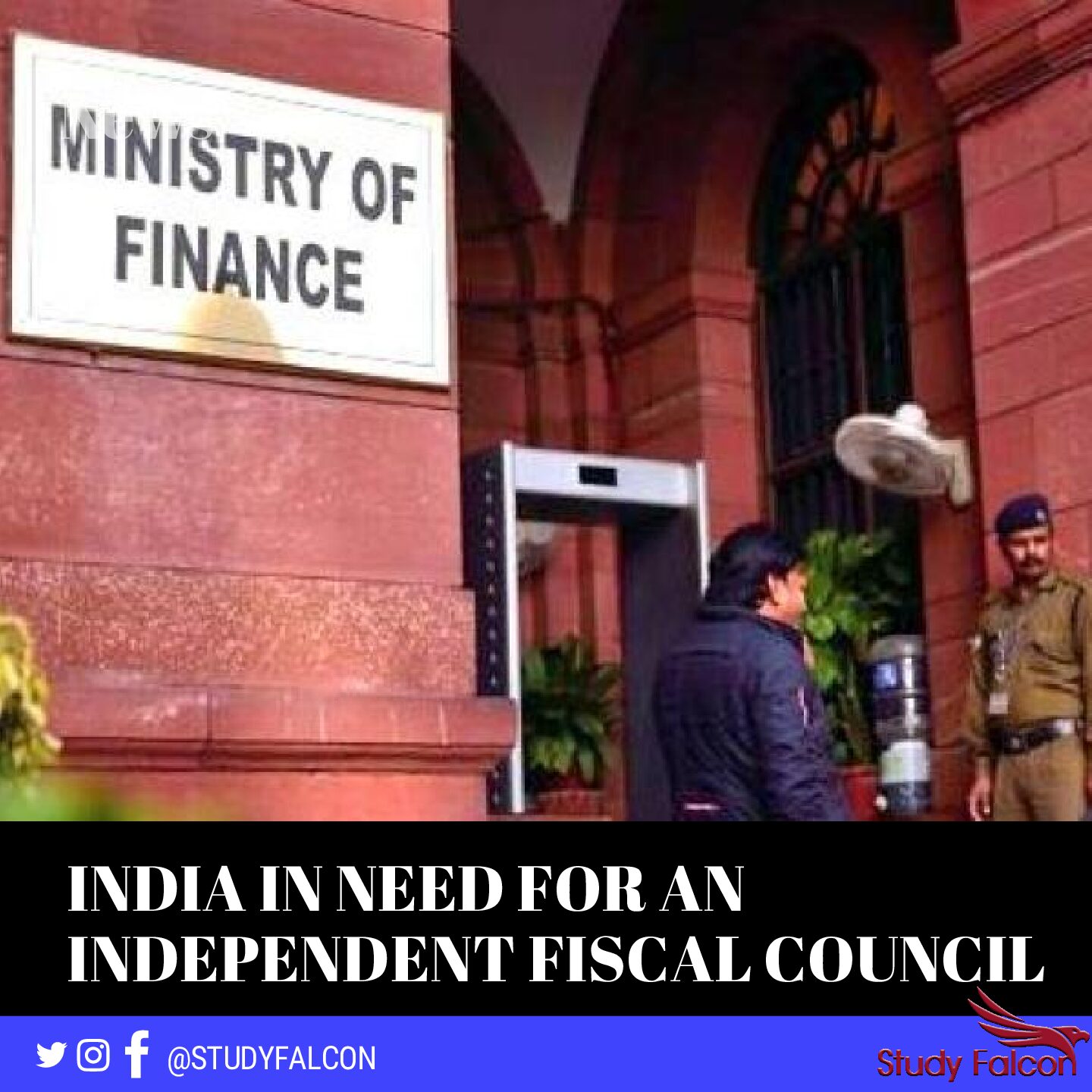 According to recent estimates of the Controller General of Accounts (CGA), the fiscal deficit of the Union government in 2019-20 will be near 4.6%, which is 0.8% higher than the revised estimate.

Further, fiscal deficit will tend to increase in this financial year, due to economic slowdown caused by ongoing COVID-19 pandemic. Given this deteriorating state of fiscal health, theN.K. Singh committee in 2017,has suggested establishing an independent fiscal council.

Similar recommendations were also suggested by the 13th and 14th finance commissions, which also advocate the establishment of independent fiscal agencies to review the government’s adherence to fiscal rules, and provide independent assessments of budget proposals.

Therefore, in order to follow the path of fiscal consolidation & prudence, there is a need to look into prospects and challenges owing to a Fiscal council.

What is a fiscal council?

The important tasks of a Fiscal council include:

Why does India need an Independent fiscal council?

Dressing Up of Fiscal Numbers

Limiting the borrowings by the Central Government

Article 293 provides a constitutional check over the borrowings by the State government but there is no such restriction on the Central government.