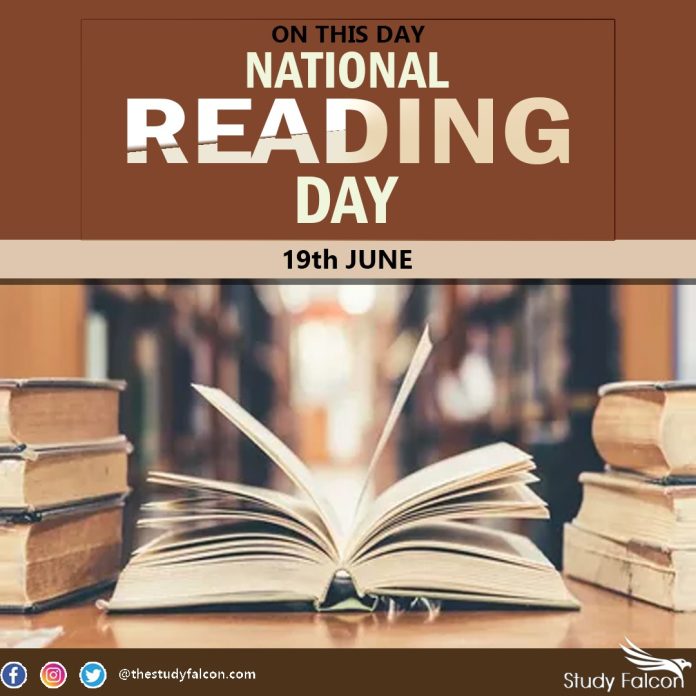 • India will celebrate the 26th edition of the National Reading Day on June 19, 2021.
• The day is celebrated in honour of the Father of India’s Library Movement, Puthuvayil Narayana Panicker.
• Born on March 1, 1909, Panicker passed away on June 19, 1995. His death anniversary is hence celebrated as National Reading Day.
• Panicker led the formation of Thiruvithaamkoor Granthasala Sangham (Travancore Library Association) in 1945 with 47 rural libraries.
• The slogan of the organization was ‘Read and Grow’. Later on, with the formation of Kerala State in 1956, it became Kerala Granthasala Sangham (KGS).
• Grandhasala Sangham won the prestigious ‘Krupsakaya Award‘ from UNESCO in 1975.
• Panicker was the General Secretary of Sangham for 32 years, until 1977, when it was taken over by the State Government.
• In 1977,Panicker founded the Kerala Association for Non-Formal Education and Development (KANFED).
• KANFED was instrumental in starting the Kerala State Literacy Mission, which led Kerala to its universal literacy movement.
• Thus, Kerala became the first state which achieved universal literacy.
• The Government of Kerala acknowledged his contributions in 1966 and ordered that 19 June be observed, annually, as Vaayanadinam (READING DAY).
• The Department of Education in Kerala also observes Vayanavaram (Reading Week) for a week from June 19 to 25.
• In 2017, Indian Prime Minister Narendra Modi declared June 19, Kerala’s Reading Day, as National Reading Day in India.