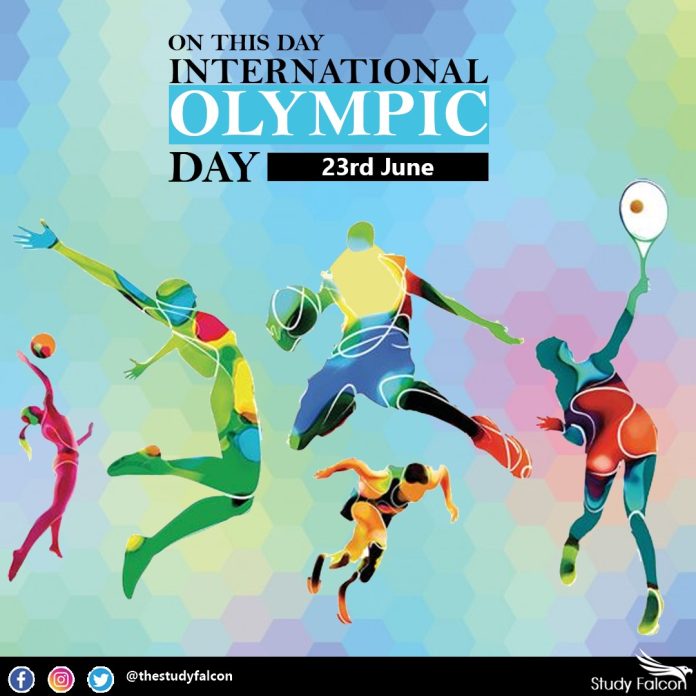 • World Olympic Day is observed on 23rd June all around the world by hundreds of thousands of people participate in sports activities, such as runs, exhibitions, music, and educational seminars.
• The first Olympic Games were held in Athens (Greece) from 6 April to 15 April 1896. There are 14 countries participated in these games.
• The beginning of Olympic dates back to 1947.
• Doctor Josef Gruss, a Czech IOC member, presented the idea of the observation of the day at the 41st Session of the International Olympic Committee in Stockholm in 1947.
• Gruss proposed a day be set aside to celebrate everything that the Olympics stands for.
• It got approved at the 42nd IOC Session in St Moritz in January 1948. The National Olympic Committees were given the charge to organize International Olympic Day.
• The date was chosen to celebrate the special moment in the history of the International Olympic Committee (IOC), which was established at the Sorbonne, Paris, on 23 June 1894.
• Sorbonne was where Pierre de Coubertin rallied the revival of the Olympic Games.
• Olympic Day is based on the three pillars namely, move, learn and discover.
• The goal of World Olympic Day is to promote participation in different sports throughout the world without any discrimination of gender, age and athletic ability.