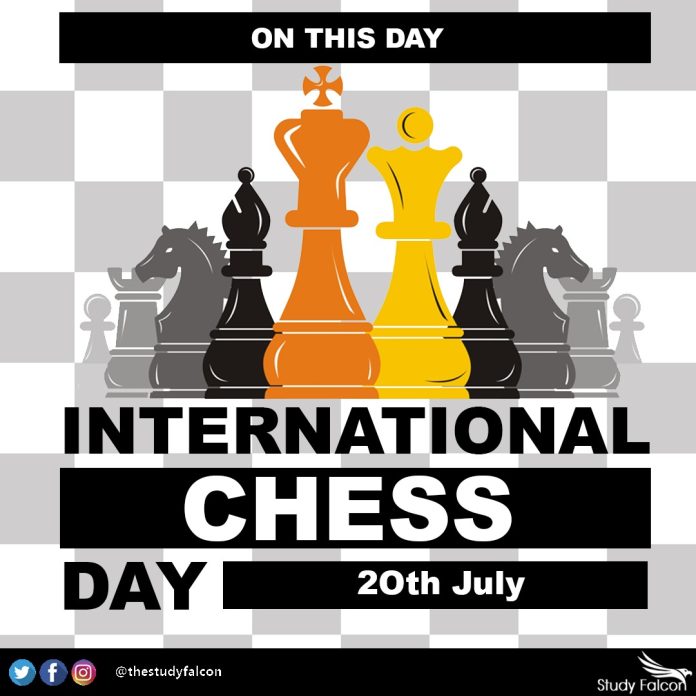 • The International Chess Day is celebrated annually on 20th July, the International Chess Federation (FIDE) was founded, in 1924.
• Invented in India in the fifth century, this board game was originally named ‘Chaturanga’.
• The first modern chess tournament was held in London in 1851 and won by German Adolf Anderssen.
• The idea to celebrate International Chess Day was proposed by UNESCO (United Nations Educational, Scientific and Cultural Organization).
• The designation of World Chess Day of the UN not only recognises the important role of the FIDE in supporting international cooperation for chess activity but also provide an important platform to foster, dialogue, solidarity and a culture of peace.
• FIDE, which has 181 chess federations as its members,organizes chess events and competitions around the world on International Chess Day.
• As recently as 2013, the international chess day was celebrated in 178 countries, according to FIDE President Kirsan Ilyumzhinov.
• On December 12, 2019, the UN General Assembly unanimously approved a resolution recognizing the day.