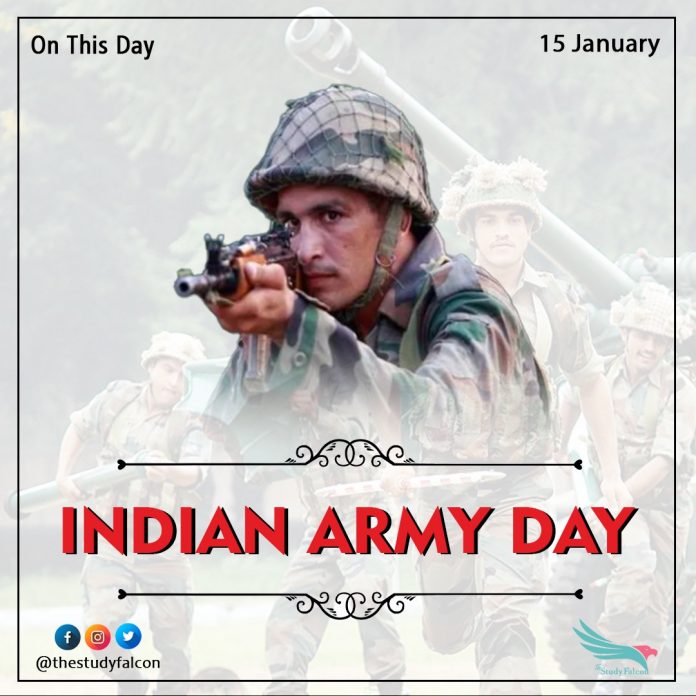 Each year on this day, the soldiers of the army are honoured, who have served the nation selflessly and set the greatest example of brotherhood.

History of Indian Army Day
India has had military capabilities from the time of the Indus Valley Civilization that flourished between 3300 B.C. to 1300 B.C.

During the First World War, one million Indians volunteered to fight in the British Army and around 90,000 lost their lives. Similarly, almost half of the officers in World War II were Indian.

At the time of Indian independence, the command of the Indian army was in the hands of the British General Sir Francis Butcher so when the command \was handed over to India Field Marshal K. M. Cariappa became the first Indian Army Chief of Independent India on 15 January 1949.

It was decided to celebrate this grand day every year in India as Army Day and since then this tradition has been continuing.

Celebrations of Indian Army Day
Indian Army Day is celebrated every year at all the Army Command headquarters and national capital by organizing army parades including many other military shows.

On this day, the parade is organisedat the Cariappa Parade Ground of Delhi Cantonment&salute is given to all those brave fighters who have given up everything to protect the motherland and maintain the integrity of the nation.