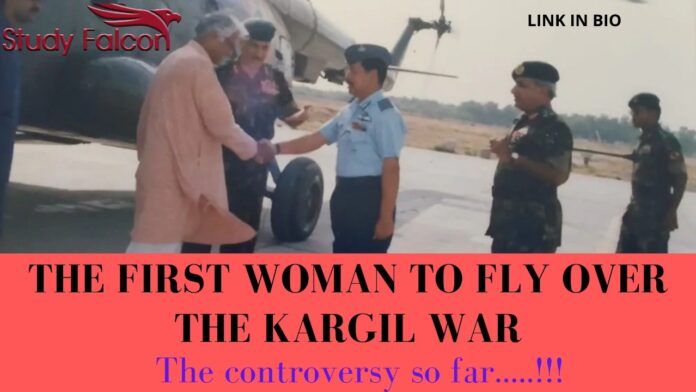 Netflix released a biopic that tells the story of Gunjan Saxena, the first Indian female pilot to fly in Kargil. With the release of the biopic, came a hailstorm of controversy for its creative liberties. Claims were made that Gunjan Saxena was not the first female pilot to fly in Kargil, but rather it was her course mate, Srividya Rajan. Retired Wing Commander Namrita Chandi, who served in the Indian Air Force with Gunjan Saxena wrote an open letter criticizing the film’s portrayal of the IAF. The IAF has claimed that the kind of gross sexism and maltreatment of female officers that the film portrayed could not be further from the truth. She described the male personnel of the IAF as true gentlemen and professionals. Blaming Karan Johar’s Dharma Productions and their cheap sensationalism, she stated that the film was overly harsh on the IAF officers and described the overt misogyny and abuse portrayed in the biopic as monstrous. Chandi also accused the film of selling outright factual inaccuracies as the truth. She claimed that the social media as well as the entertainment sector has altered the fact that Srividya Rajan was the first lady pilot who flew to Kargil.

Apart from Chandi’s scathing review of “Gunjan Saxena: The Kargil Girl”, the IAF also filed a formal complaint to the Central Board of Film Certification and Dharma Productions about its undue negative portrayal in the film, which released on Netflix on August 12. Srividya Rajan took to social media herself to air her views on this controversy. In a lengthy Facebook post, she claimed that both her and Saxena were posted to Udhampur in 1996. However, the social media as well as the movie has shown only Saxena. The social media handles have stated that it was not Saxena, who was the first female pilot to fly in Kargil. Claims are also that she never mentioned this fact explicitly before since she did not feel the need to claim credit for this. The pilot also mentions that while she had to deal with the usual preconceived notions and prejudices in the male-dominated area of flying, there were plenty of officers who supported them.

Amidst all the controversy and the backlash, the news channels and other media handles are saying that the pilots have confirmed the readers with utmost conviction and honesty that even though cinematic liberties were exercised in the biopic by the filmmakers, what they did not miss or exaggerate was the real Gunjan Saxena. The handles are also portraying that the pilot admits without hesitation that she have even more of an iron will and resoluteness than was portrayed in the movie. Saxena said that even though discrimination and misogyny was absent at the organizational level, there were certain individuals who were prejudiced. Rumors and claims are also made by the social media that the IAF gave her equal opportunities all the time.

At this point of time, it is virtually impossible to decide whose version is the truth. For the moment, this issue will draw controversy and will become a cause for contention as has happened before. Eventually the truth may or may not be discovered, and people will forget about it all and move on.