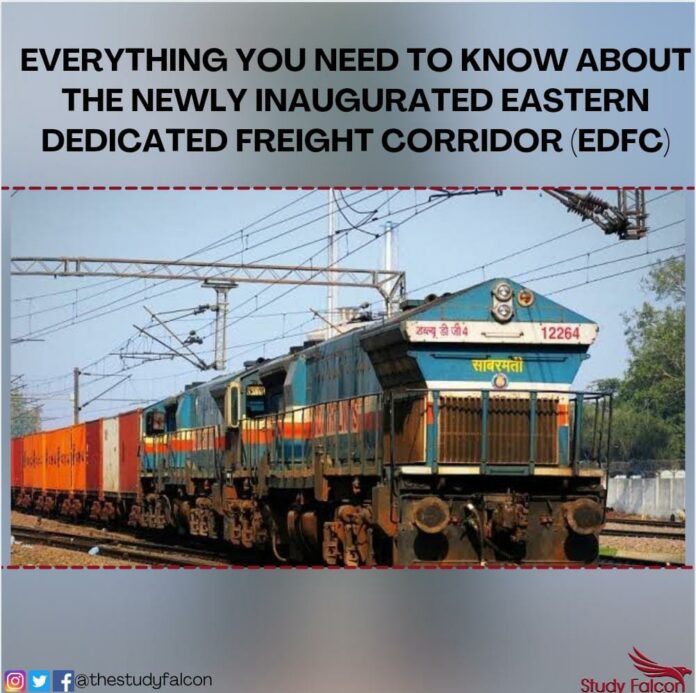 EDFC is a 1,839-km project billed as the largest rail infrastructure being built in independent India and has been in the making since 2006.

What is Dedicated Freight Corridor (DFC)?

What is the significance of Dedicated Freight Corridor (DFC)?

Built at a cost of Rs 5,750 crore through a loan from World Bank, DFC would mean a new era for India railways  as all the installations are new including the stations. Tracks on DFC are designed to carry heavier loads than most of Indian Railways. DFC will get track access charge from the parent Indian Railways, and also generate its own freight business. This would also decongest the existing Kanpur-Delhi main line of Indian Railways.