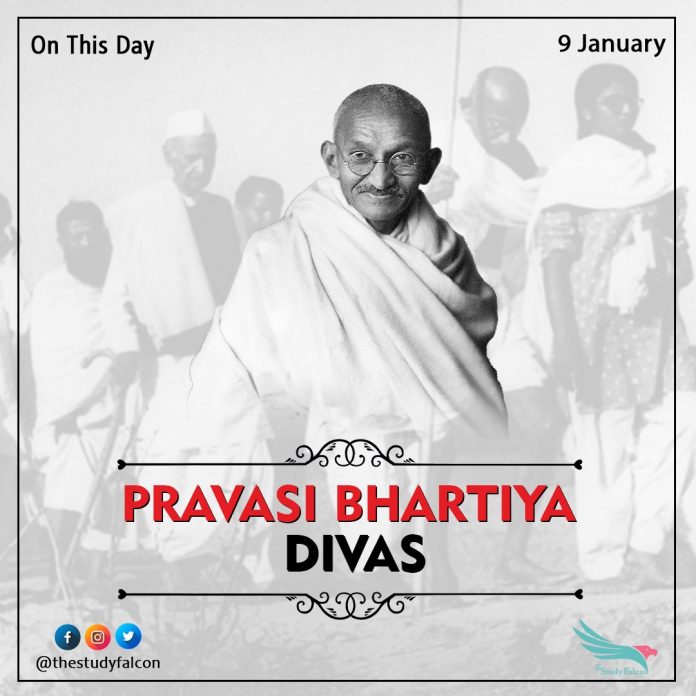 Significance of Pravasi Bhartiya Divas
Pravasi Bharatiya Divas (PBD) is celebrated on 9th January every year to mark the contribution of Overseas Indian community in the development of India.

Aim of Pravasi Bhartiya Divas
Pravasi Bharatiya Divas (PBD) is observed on January 9th every year to mark the contribution of the Overseas Indian community in the development of India. Its main aim is to connect the Indian Diaspora. It is also celebrated as the commemoration of the return of Mahatma Gandhi.

History of Pravasi Bhartiya Divas
January 9 was chosen as the day to celebrate this occasion since it was on this day in 1915 that Mahatma Gandhi, the greatest Pravasi, returned to India from South Africa, led India’s freedom struggle and changed the lives of Indians forever.

The decision to celebrate Pravasi Bharatiya Divas was taken in accordance with recommendations of the High-Level Committee (HLC) on the Indian Diaspora under the chairmanship of L. M. Singhvi.

Pravasi Bharatiya Samman Award is the highest honour conferred on a Non-Resident Indian, Person of Indian Origin; or an organisation or institution established and run by Non-Resident Indians or Persons of Indian Origin, who have made significant contribution in better understanding of India abroad, support India’s causes and concerns in a tangible way, community work abroad, welfare of local Indian community, philanthropic and charitable work, etc.