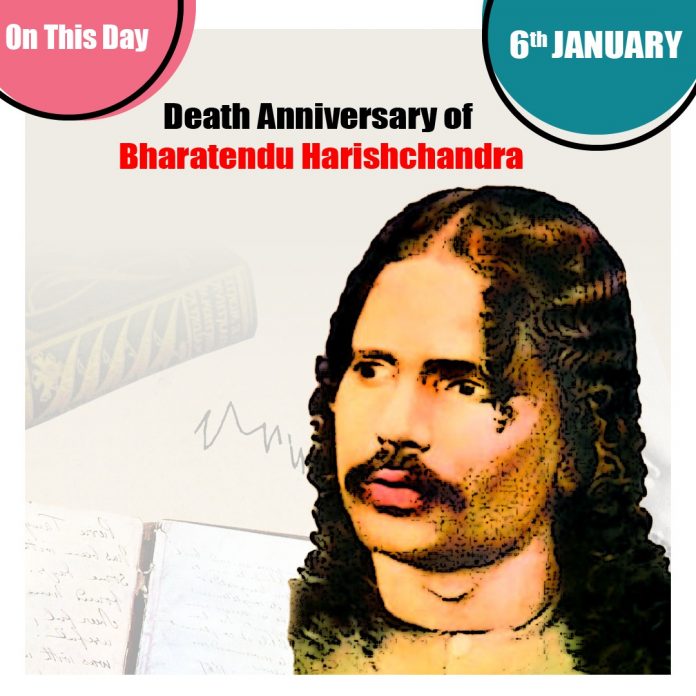 Who was Bharatendu Harishchandra?
Bharatendu Harishchandra (9 September 1850 – 6 January 1885) was an Indian poet, writer and playwright. He was an author of several dramas, life sketches and travel accounts; he used new media such as reports, publications, letters to the editor, translations, and literary works to shape public opinion.

Writing under the pen name “Rasa”. Harishchandra represented the agonies of the people. He is considered the father of Hindi literature and Hindi theatre.

He was titled “Bharatendu”- “The moon of India”at a public meeting by scholars of Kashi in 1880 in recognition of his services as a writer, patron, and moderniser.

Career of Bharatendu Harishchandra
BharatenduHarishchandrais recognized as a beginner of the new era of the Hindi literature,called ‘Father of Modern Hindi Literature’.

Bharatendu was the man behind what is known as the ‘Hindi vernacular nationalism’. He was the driving force behind the mass movement that culminated in the popular slogan “Hindi, Hindu, Hindustan”.

Bharatendu wrote six plays,published nearly 14 collections of his poetry.He founded and edited one of India’s first women’s journals, BalaVodhini. Bharatendu wrote under the pen name, ‘Rasa’, probably borrowing from Natya Shastra.
He was also the editor of two popular journals at the time, Kavivachansudha (founded 1868) and Harishchandrachandrika (founded 1873).

A commemorative postage stamp on Bharatendu Harishchandra was issued by Government of India in 1976 in his honour.