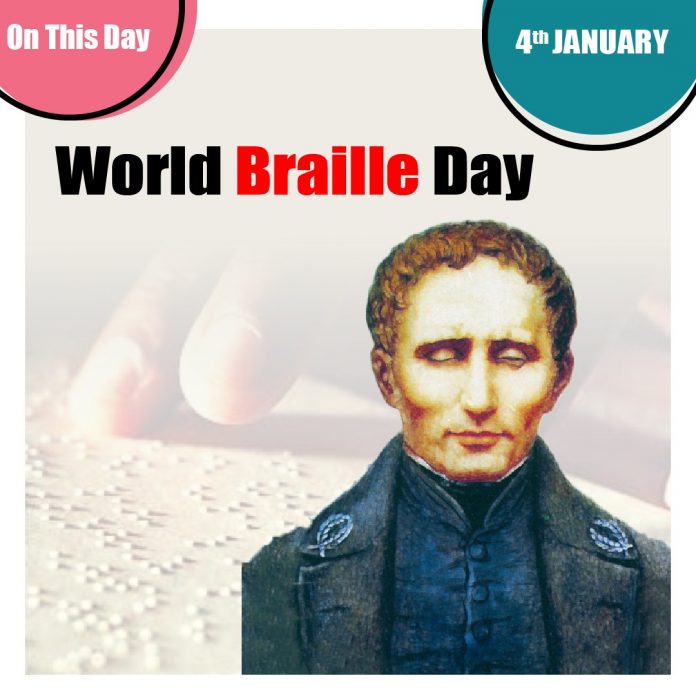 Significance of World Braille Day
World Braille Day is an international day celebrated on 4 January to spread awareness about the importance of braille. Braille is considered important in terms of education, freedom of expression and opinion, as well as social inclusion, as reflected in article 2 of the Convention on the Rights of Persons with Disabilities.

United Nations General Assembly selected the date for the event via a proclamation in November 2018 and marks the birthday of Louis Braille, creator of this writing system. The first World Braille Day was celebrated on January 4, 2019.

Aim of World Braille Day
World Braille Day aims to spread awareness about the importance of braille as a means of communication in the full realization of the human rights for blind and visually impaired people. Along with that Louis Braille, the inventor of the Braille language was born on January 4, 1809. Hence to remember him and his contribution to the worth, his birth anniversary is celebrated as World Braille Day on January 4 every year.

Louis Braille, the inventor of the Braille language, was born on January 4, 1809, in France. He lost his vision at a young age in an accident. He continued his studies and obtained a scholarship to France’s Royal Institute for Blind Youth.In 1824, at the age of 15, Louis first developed Braille for the visually impaired. It was first published in 1829.

Braille is a language invented specially for blind people written with six dots to represent various alphabets and numerical symbols and those whose vision is partially impaired.

Braille is an essential part of the life of blind and partially sighted people &has been mentioned so in Articles 21 and 24 of the UN Convention on the Rights of Persons with Disabilities (CRPD).