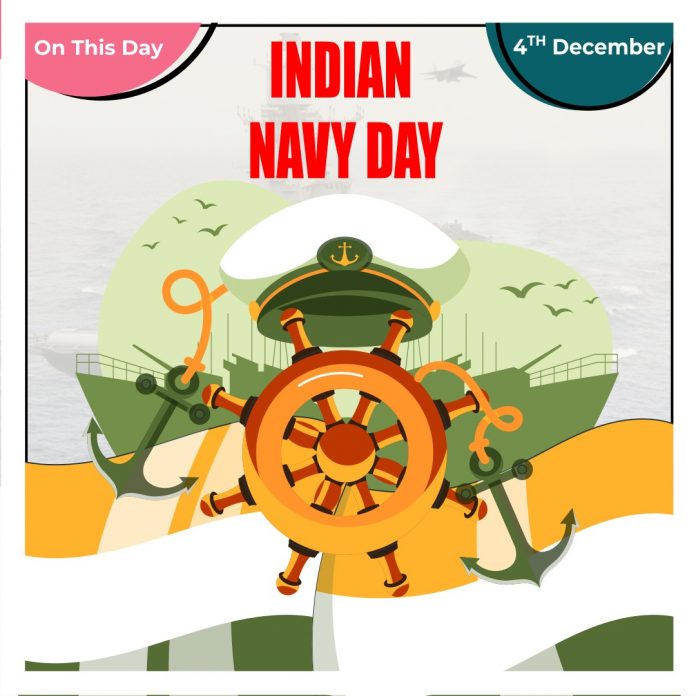 Significance of Indian Navy Day
The Indian Navy is the marine branch of the Indian Armed Forces and the Commander-in-Chief of Indian Navy is President of India. It is a well-balanced three-dimensional force, capable of operating above, on and under the surface of the oceans and safeguard our national interests.

History of Indian Navy Day
On December 3, 1971, the attack by Pakistan on India’s airfields along the border areas led to the second war between India and Pakistan.

INS Nipat, INS Nirghat and INS Veer were involved in the attack.

The 90-minute-long operation began on December 4, 1971. Around 2 pm, the fleet of Indian Navy sailed towards Pakistani waters from Gujarat’s Okha Port.

The assault lasted for more than an hour. India fired total six missiles. The Indian Navy fleet sank four Pakistani vessels.With no casualties on the Indian side, this operation was considered to be one of the most successful in modern naval history post-World War II.

Celebrations of Indian Navy Day
Various events take place during Navy Week with the finale on Navy Day. On this day the warships and aircraft of the Indian Navy are open to visitors such as school children.

A community service for the Indian Navy is conducted by the Naval Institute of Aeronautical Technology (NIAT) at Good Hope Old Age Home, Fort Kochi in which the students from the Navy Children School Chair take turns to entertain the inmates and Naval doctors (from INHS Sanjivani) provides medical check-up to the inmates.