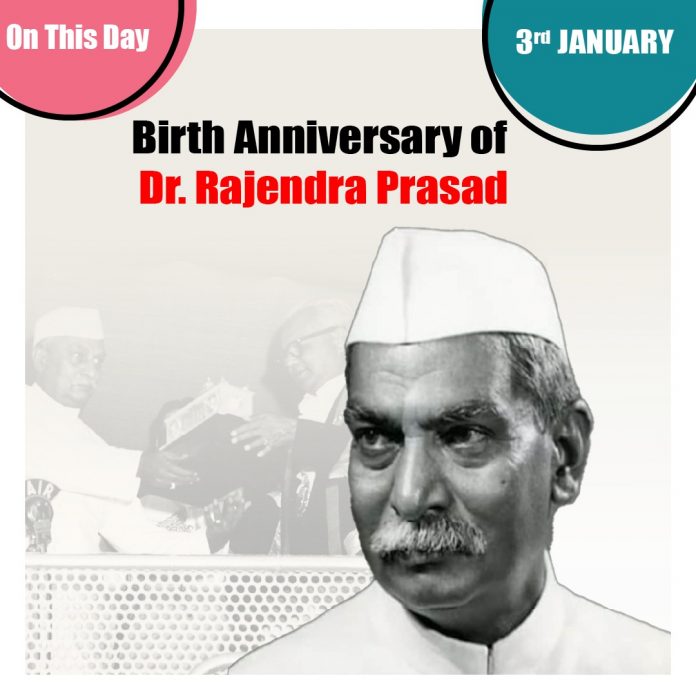 Who was Dr. Rajendra Prasad?
Rajendra Prasad (3 December 1884 – 28 February 1963) was an Indian independence activist, lawyer, scholar and subsequently, the first president of India, in office from 1950 to 1962. He was an Indian political leader and lawyer by training.

Prasad was instrumental in the formation of the Bihari Students Conference in 1906 in the hall of Patna College.

Political career of Dr. Rajendra Prasad
In 1917, Prasad was greatly moved by the spirited leadership of Gandhi in the Champaran Satyagraha, organised to liberate the indigo planters from exploitation at the hands of the British. Three years later, when the Non-Cooperation movement was officially passed by Indian National Congress in 1920 in response to the Rowlatt Act (1918) Prasad forfeited his flourishing law practice in Calcutta to join the political struggle full time.

In October 1934, he was elected President of the Indian National Congress during the Bombay session.When Subhash Chandra Bose resigned in 1939, he was re-elected president.

Dr. Rajendra Prasad as President of India
On January 26, 1950, two and a half years after India’s independence, the Constitution of Independent India was ratified, and Rajendra Prasad was elected the country’s first President.

As India’s ambassador, he travelled widely around the world, establishing diplomatic relations with foreign countries.In 1952 and 1957, he was re-elected for two consecutive terms, making him India’s first two-term president.