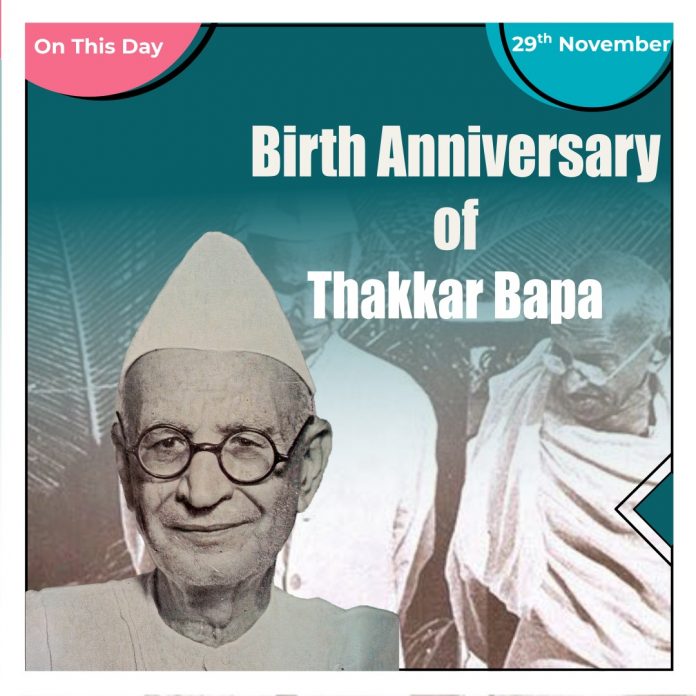 Who was Thakkar Bapa?
AmritlalVithaldas Thakkar, popularly known as Thakkar Bapa. He was an Indian social worker who worked for upliftment of tribal people in Gujarat state in India. In 1922, he founded the Bhil Seva Mandal.

Early Life of Thakkar Bapa
Thakkar Bapa was born in Bhavnagar, Gujarat. Born to a middle-class family, Thakkar was given his primary education at Bhavnagar and Dholera. In 1886, he secured the topmost rank in the matriculation exam in Bhavnagar and was given the Jashvantsinhji Scholarship. He then joined the Engineering College, Poona in 1887 and passed out with an L.C.E. (Licentiate of Civil Engineering – today’s graduate in civil engineering) in 1890. He worked as an engineer in Porbandar and also in Uganda. He was also the Chief Engineer of Sangli State for some time.

Career of Thakkar Bapa
During the civil disobedience movement of 1930, Thakkar was arrested and sentenced to 6 months prison with hard labour. But he was released after 40 days. He was made the Secretary of the Harijan Sevak Sangh. He founded the Gond Sevak Sangh in 1944. This organisationwas later renamedVanavasi Seva Mandal. He was elected to the Constituent Assembly after independence. He was the Chairman of the Excluded and Partially Excluded Areas.

Thakkar was born in the same year as the Mahatma Gandhi, who was his close associate, was appointed its first general-secretary. When the industrial school started by the Gandhi in Kodambakkam needed to be shifted, Thakkar acquired these premises, and in 1946 invited Gandhi to lay the foundation stone for the new building.

Thakkar Bapa Vidyalaya’s campus built on industry. The Vidyalaya runs technical courses recognised by the National Council for Vocational Training, courses affiliated to the State Government (AC mechanic/carpentry) and its own (welding/tailoring).

Legacy of Thakkar Bapa
The Government of India issued a stamp in his honour in 1969. A well known locality, Bappa Colony in Mumbai is named after him.