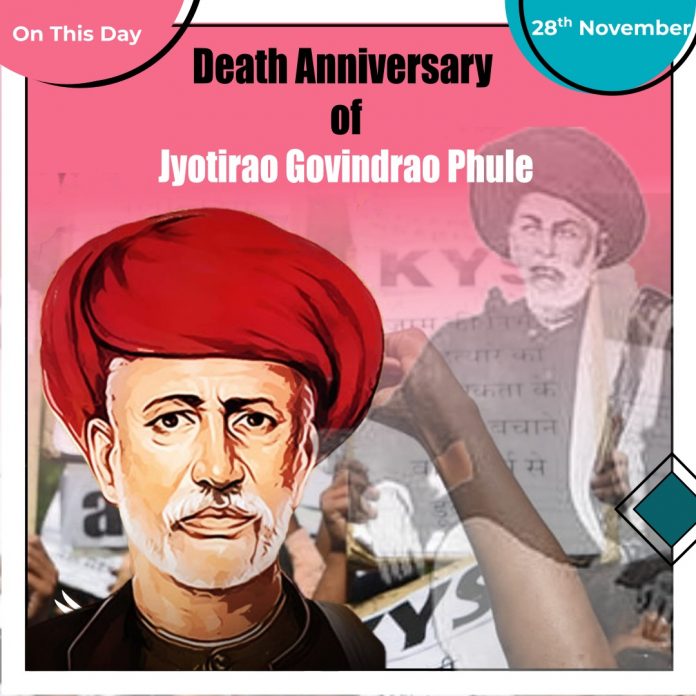 Early Life
Jyotirao Govindrao Phule was born in Pune in 1827 to a family that belonged to the Mali caste. The Malis traditionally worked as fruit and vegetable growers: in the four-fold varna system of caste hierarchy, they were placed within the Shudras or the lowest-ranking group.

Career of Jyotirao Govindrao Phule
Phule started his first school for girls in 1848 in Pune at Tatyasaheb Bhide’s residence. Along with his followers, formed the Satyashodhak Samaj (Society of Truth Seekers) to attain equal rights for people from exploited castes. People from all religions and castes could become a part of this association which worked for the upliftment of the oppressed classes. Phule is regarded as an important figure in the social reform movement in Maharashtra. He was bestowed with the honorific Mahatma title by Maharashtrian social activist Vithalrao Krishnaji Vandekar in 1888.

Legacy of Jyotirao Govindrao Phule
Phule is regarded as an important figure in the social reform movement in Maharashtra. He was bestowed with the honorific Mahatma title by Maharashtrian social activist Vithalrao Krishnaji Vandekar in 1888. Phule’s social activism included many fields including eradication of untouchability and the caste system, education of women and the Dalits, and welfare of downtrodden women.

Mahatma Jyotirao Govindrao Phule wrote 16 books that contributed to the social awakening of the downtrodden masses who were subject to the atrocities of the upper castes and the British administrators at that time.

He dedicated his book Gulamgiri (slavery) to the African American movement to end slavery. It is believed by many that it was Phule who first used the term ‘Dalit’ for the depiction of oppressed masses often placed outside the ‘varna system’.