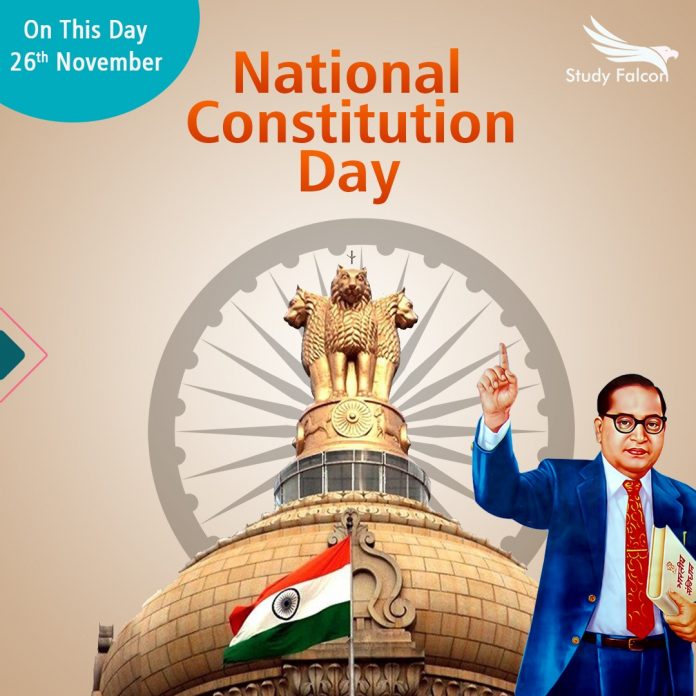 Significance of Constitution Day
In May 2015, the Union Cabinet announced that November 26 will be observed as Constitution Day to promote “constitutional values amongst citizens”.The central government’s decision was seen as a move to claim Ambedkar’s legacy, in a bid to reach out to the Dalit community.

The Ministry of Social Justice and Empowerment decided to undertake several activities to promote Ambedkar’s ideas and philosophy, which included the setting up of the Ambedkar International Centre at 15, Janpath at a cost of over Rs 197 crore.

On November 19, 2015, the government formally notified November 26 as Constitution Day. Before this, the day was observed as National Law Day. Ambedkar was also the first Law Minister of India.

Celebrations on Constitution Day
The first National Constitution Day was celebrated by the various government departments. According to the instructions of the Department of Education and Literacy, all the students of all the schools, read the preamble of the constitution. The students were also given information about the salient features of the Indian Constitution through lectures in each school.

Quiz and essay competitions both online and offline on the constitution of India are organized. As per the instructions of the Department of Higher Education, various universities are asked to arrange mock parliamentary debates in colleges. The University Grants Commission (UGC) also organizes an all-India quiz competition at Ambedkar University, Lucknow.

The Ministry of External Affairs also instructed all overseas Indian schools to celebrate 26th November as National Constitution Day. It asked the embassies to translate the Indian constitution into the local language of that nation and thereafter distribute it to various academies, libraries, and faculties of Indology.