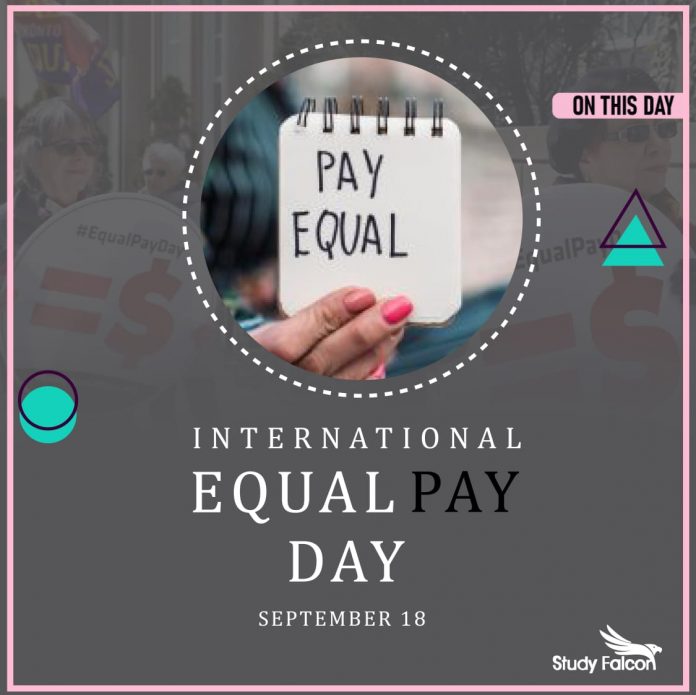 Significance
International Equal Pay Day is observed on 18th September. The day voices deep concern over slow progress in women’s economic empowerment, the undervaluing of work traditionally held by women, and the difficulties in tackling pay inequality.
Women’s unequal status at work feeds inequality in other areas of their lives. Women’s jobs are less likely to come with benefits like health insurance and paid time off. Even when women are entitled to a pension, lower salaries mean lower payments in their old age.

Aim
International Equal Pay Day aims to highlight the importance of ending sexual discrimination in relation to the gender pay gap which refers to the difference in earnings between men and women in paid employment.
Equal pay for work of equal value is a human right to which all women are entitled.

Equal Pay is a Human Right
Women are paid less than men across the world. In India, women earn 19 per cent less than men, according to a survey conducted by Monster Salary Index. Equal pay for equal work is a human right to which all women are entitled.