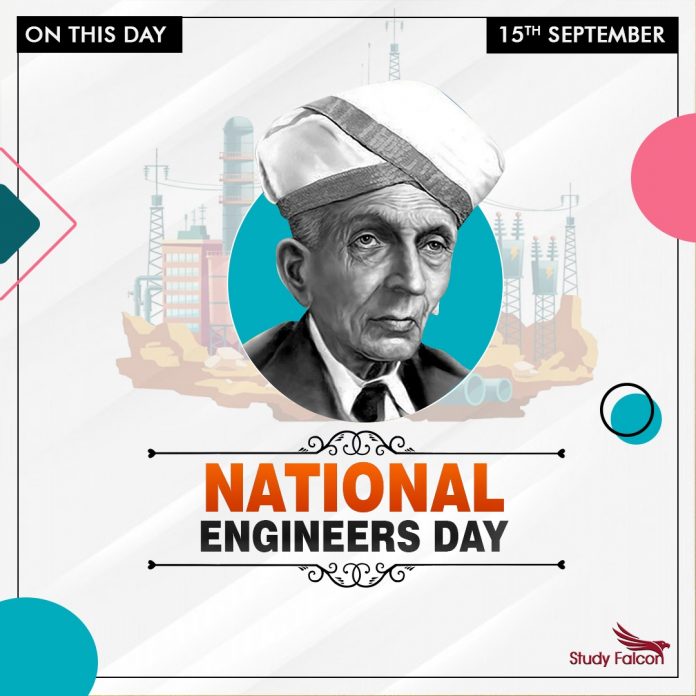 SIGNIFICANCE
In India, Engineers Day is celebrated on September 15 every year.
This day recognises the contribution of engineers to the development of the nation.

The day marks the birth anniversary of the engineering pioneer of India, Sir Mokshagundam Vishweshvaraya.

BACKGROUND
The country celebrates Engineers Day on September 15 to honour the contributions of eminent engineer Mokshagundam Visvesvaraya.
Visvesvaraya was born on September 15, 1861, in a village called Muddenahalli in Karnataka. He had studied Bachelor of Arts (BA) from the University of Madras and pursued civil engineering at the College of Science in Pune.

Visvesvaraya’s career spanned over 34 years and his first job was as an assistant engineer in the Public Works Department of the Government of Bombay.
He later joined the Mysore service as chief engineer and had contributed to several technical projects in Hyderabad, Mysore, Maharashtra and Odisha.

Some of his contributions include the block system of irrigation in the Deccan canals in 1899, irrigation system with water floodgates at the Khadakvasla reservoir.
The irrigation system was later installed at Gwalior’s Tigra Dam and Mysuru’s Krishnaraja Sagara (KRS) dam, the latter of which created one of the largest reservoirs in Asia at the time.

He took voluntary retirement from state service in 1918, over his disagreement with the proposal to set aside state jobs for the “non-brahmin” community.

After opting for voluntary retirement in 1908, he took a foreign tour to study industrialized nations. Then, for a short period, he worked for the Nizam of Hyderabad. He suggested flood relief measures for Hyderabad, which was under constant threat by the Musi river.

LEGACY
Apart from Visvesvaraya’s contributions in the field of engineering, he was also called the “precursor of economic planning in India”, according to the Institution of Engineers India (IEI).

His books, “Reconstructing India” and “Planned Economy of India” were published in 1920 and 1934, respectively.

Viswesvarayya National Memorial Trust manages a memorial for Visvesvaraya at his birthplace of Muddenahalli.

He received a knighthood in 1915 while serving as the Diwan of Mysore and received Bharat Ratna in 1955.