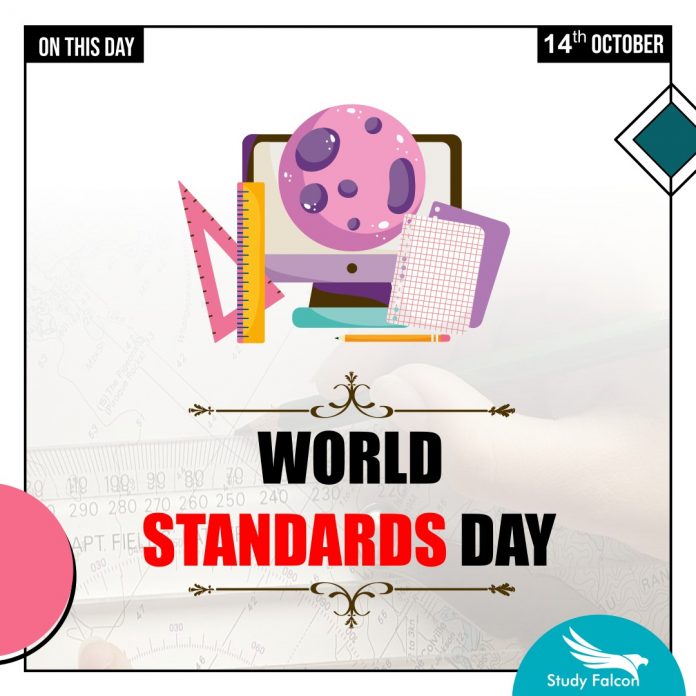 SIGNIFICANCE
World Standards Day is an international day celebrated internationally each year on 14 October. The day honours the efforts of the thousands of experts who develop voluntary standards within standards development organizations.
The aim of World Standards Day is to raise awareness among regulators, industry and consumers as to the importance of standardization to the global economy.
Standards dictate the sizes, shapes, composition, frequency, and all the other fiddly bits that make our world fit together.

HISTORY
The first time the world felt a need to bring in standardization was in the year 1946. Well-known experts and delegates from around 25 countries collaborated in London in 1946 to impulsively create a high-level international organization exclusively dedicated to bring in the norms of standardization.
Their efforts took off when the standardization entity’s actual formation came into effect almost twelve months later.
The first time World Standards Day was celebrated was on 14th October 1970.
Faruk Sunter, the President of IES in the year 1970, formally inaugurated the proceedings of World Standards Day in the year 1970. The first batch of standardization was set out to specific units belonging to the industrial conglomerates.
The day honours the efforts of the thousands of experts who develop voluntary standards within standards development organizations such as the American Society of Mechanical Engineers (ASME), International Electrotechnical Commission (IEC), International Ethics Standards Board for Accountants (IESBA), International Organization for Standardization (ISO), International Telecommunication Union (ITU), Institute of Electrical and Electronics Engineers (IEEE) and Internet Engineering Task Force (IETF).

THEME: A shared vision for a better world