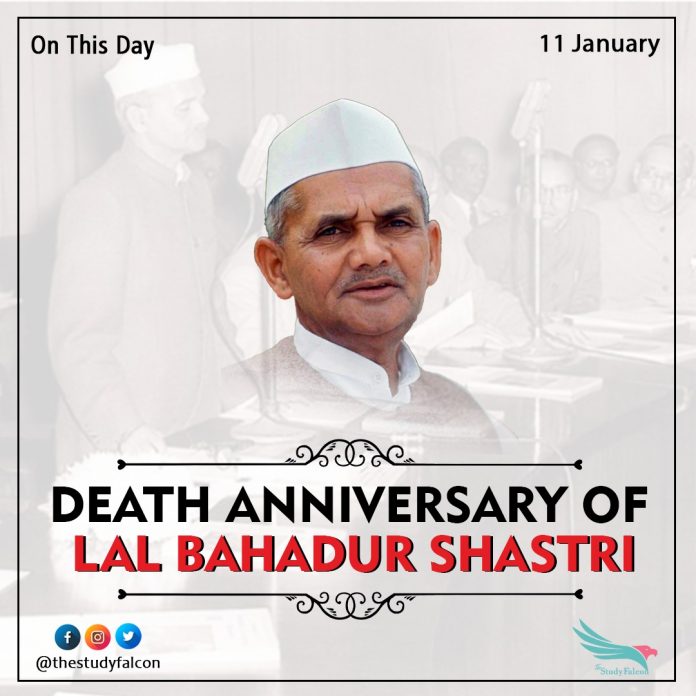 He promoted White Revolution – a national campaign to increase the production and supply of milk & promoted the Green Revolution in 1965. This led to an increase in food grain production, especially in Punjab, Haryana and Uttar Pradesh.

Early life of Lal Bahadur Shastri
Shastri was born on 2 October 1904. He studied in East Central Railway Inter college and Harish Chandra High School, which he left to join the non-cooperation movement. He worked for the betterment of the Harijans at Muzaffarpur.

Independence Activism of Lal Bahadur Shastri
In 1928 Shastri became an active member of the Indian National Congress at the call of Mahatma Gandhi. In 1940, he was sent to prison for one year, for offering individual Satyagraha support to independence movement.

On 8 August 1942, Mahatma Gandhi issued Quit India speech. Shastri, who had just then come out after a year in prison, travelled to Allahabad&sent instructions to independence activists from there.He served as an elected representative for United Provinces in 1937 and 1946.

Political Career of Lal Bahadur Shastri (1947–1964)
Shastri was made Minister of Railways and Transport in First Cabinet of Republic of India on 13 May 1952. He served as Minister of Commerce and Industry in 1959 and Minister of Home Affairs in 1961.

Shastri was made Prime Minister on 9 June, 1964 as Jawaharlal Nehru died in office on 27 May 1964. Shastri continued Nehru’s policy of non-alignment but also built closer relations with the Soviet Union.

Shastriled India in 1965 Indo-Pak War which ended on 23 September 1965 with United Nations-mandated ceasefire, after which Shastri and Ayub Khan in 1966,signed the Tashkent Declaration.

Legacy of Lal Bahadur Shastri
He was posthumously awarded the Bharat Ratna, and a memorial “Vijay Ghat” was built for him in Delhi. Several educational institutes bear his name.