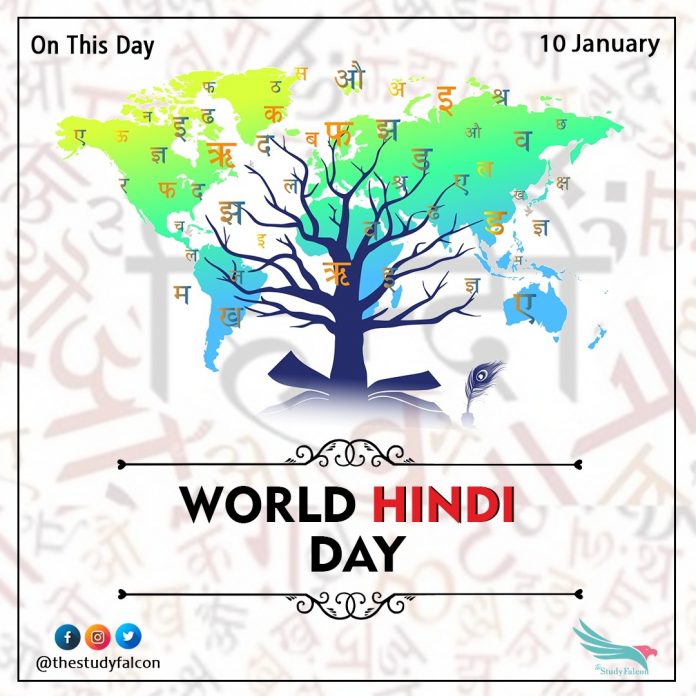 Significance of World Hindi Day
January 10, marks World Hindi Day, celebrated in India and internationally. Former Prime Minister of the country Dr Manmohan Singh started this tradition back in 2006. It is celebrated across the globe to mark the importance and fascinating history of the language of Hindi. It is one of the two official languages of India and is also the fourth most-spoken first language in the world after Mandarin, Spanish and English.

According to the calculation of the World Economic Forum, Hindi is one of the ten powerful languages of the world.

Aim of World Hindi Day
World Hindi Day or Vishwa Hindi Diwas is celebrated on January 10 every year, with an aim to promote the use of the Hindi language worldwide.

History of World Hindi Day
World Hindi Day or Vishwa Hindi Diwasis observed on January 10 every year. On this day in 1975, India’s former Prime Minister Indira Gandhi inaugurated the first World Hindi Conference. The conference was attended by Mauritius Prime Minister Seewoosagur Ramgoolam as the chief guest along with 122 delegates from 30 countries.

Ever since then, the World Hindi Conference has been organised in different countries like India, Mauritius, the United Kingdom, Trinidad and Tobago, and the United States of America. Meanwhile, it is to be noted that the first World Hindi Day was observed on January 10 in 2006 by former Prime Minister DrManmohan Singh.

Celebrations of World Hindi Day
The day is celebrated by organizing events by Non-residential Indians and Persons of Indian Origin. The ultimate aim of the celebration is to spread the greatness of the Hindi language.

Indian embassies abroad organize special events on the occasion of World Hindi Day. Programs in Hindi on various subjects are organized in all government offices.